Do you want to know “Is Terraria cross platform or not”? You came to the right place. Terraria is one of the most popular sandbox video games that are played online. With both single and multiplayer modes available on it, this game is fun to play. Talking about online video games, the cross-play feature is one of the main things the players search for in these games. Playing with your friends and fellow players without worrying about the hardware is not accessible in all games.

Terraria is an online action-adventure sandbox video game developed by Re-Logic. This game was initially released on Microsoft Windows in 2011. Soon, the game became compatible with other platforms such as Nintendo, Xbox, PlayStation, Linux, macOS, Google Stadia, and even mobile devices, such as Android, and iOS. However, not all the devices compatible with Terraria are supporting the cross-platform feature. 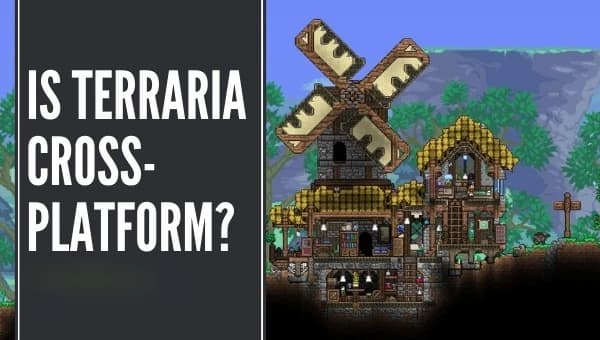 This game is all about exploration, crafting, building, painting, and combat with a variety of creatures in a procedurally generated 2D world. Similar to Minecraft in its gameplay, this game has been on the top list of gamers for a long period. Now, a lot of users are wondering is Terraria cross platform or not. If you also wish to play Terraria cross platform with your friends, here is what you need to know.

What Is A Cross Platform Game?

A cross-platform game is a game that can be played across multiple platforms and lets you connect to the same server regardless of your gaming hardware. When the gamers try to join a server in online games, the games without cross-platform features won’t allow you to play a game with an odd gaming console. If you are a PC user, you must join a server with PC gamers only.

Well, Terraria can’t be defined as a fully cross-platform game. You can say it is partially cross-platform. If you are confused about what this sentence means, then here is the complete information. Terraria is a multi-platform-supported video game. This game was originally released on the Windows platform only in 2011. However, the other compatible device versions were also developed due to the higher demand for this game. Currently, Terraria is compatible with Windows, Nintendo, Xbox, PlayStation, Linux, macOS, Google Stadia, and even mobile devices, such as Android, Windows Phone, and iOS. 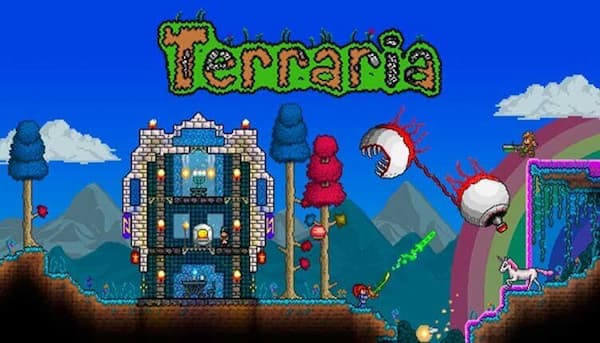 Out of all these devices, the only device that is Terraria cross-platform supported is mobile devices. The Android and iOS devices are the only ones that support the Terraria crossplay. If you are using an Android smartphone or tablet, you can easily play with a person who is an iOS user. However, this amazing feature is not available on any other device compatible with Terraria. Since most people use smartphones these days, cross-play being enabled on Android and iOS is such a great benefit.

Just install the Terraria game on your Android and iOS devices from the Google Play Store and Apple App Store respectively. Sign in to your accounts and start playing. There are both single-player and multiplayer game modes available on Terraria. Whenever joining a multiplayer mode Terraria game, no need to worry about the crossplay problem with Android-iOS devices. Then, what about other consoles? Is Terraria cross platform for devices other than Android and iOS? The answer is no.

These are all the devices that support the Terraria game to download, install, and play. If you have any of the following devices or consoles, you can easily get the Terraria game and have fun with your friends. Among all the compatible devices, the only one which is Terraria cross platform supported are Android and iOS devices. Android and iOS users can play simultaneously without any hassle. However, this feature is not available for other devices. 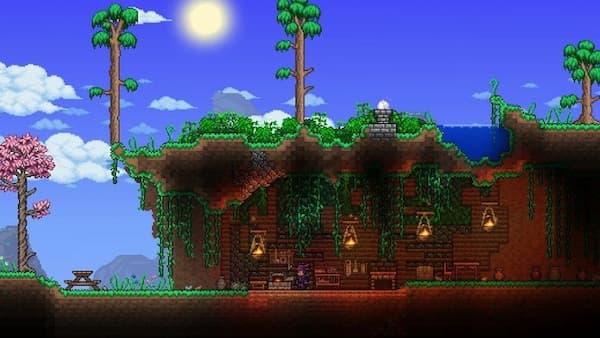 Again, no. You can’t play the Terraria game on two different consoles unless they are running on Android and iOS. Xbox users can only join the game with the Xbox community. Whereas a PS4 user can play Terraria with other PlayStation console users such as PS3, PS4, and PlayStation Vita. The same case is for Nintendo devices. With a Nintendo console, you can play between Switch, Wii U, and Nintendo 3DS devices.

Is Terraria Cross Platform For Android and iOS? 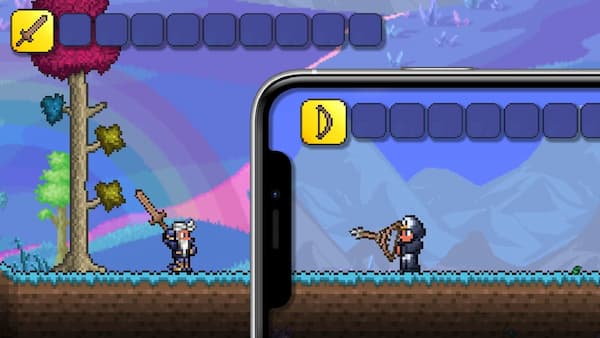 Yes. The only devices for which is Terraria cross platform supported is only for its mobile version of the game. If you are using a mobile device of Android or iOS, you can play the game with another mobile device user who is using iOS or Android respectively. Apart from the Android and iOS versions of the game, there is still no availability of cross-platform for Terraria. However, the developers of the game have stated that they are in the works to make the game cross-platform any time soon.

We hope you got to know the answer to “Is Terraria cross platform?”. Terraria is a cross-platform game only when it comes to the mobile version of the game. You can crossplay Terraria between Android and iOS platforms only. Other than that, no Xbox, PlayStation, Nintendo, Windows, or any other version of Terraria doesn’t support cross-platform. If you found this information helpful, also share it with your friends. For more related articles, visit TechyGun.