Stardew Valley is a simulation role-playing video game released in February 2016. This game is compatible with Microsoft Windows, macOS, Linux, PS4, PS Vita, Nintendo Switch, Xbox One, iOS, and Android. This game features a place known as Stardew Valley where the players have to take care of their farms in the town. The players have to socialize and can even get married and also have children in this game. 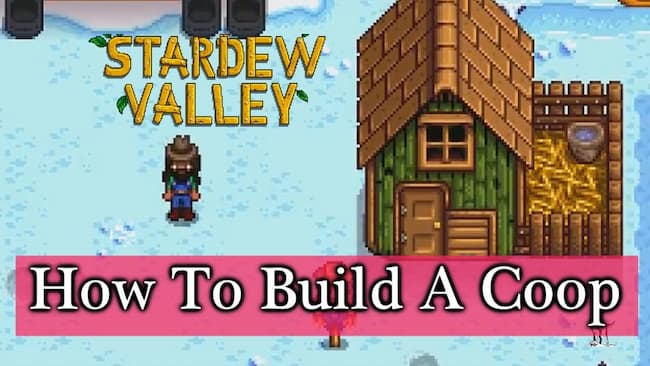 In this simulation game, the players can grow crops, raise animals such as ducks, rabbits, and chickens, mine ores, and also sell their produce. In order to make a living, the players can raise chickens and then make money from them. You are going to need a coop for unlocking and raising chickens. So, if you want to build a coop in Stardew Valley, know the complete details below.

What Is A Coop In Stardew Valley?

A coop in Stardew Valley is a farm building that is required to raise animals like chickens, ducks, rabbits, and dinosaurs. This farm building houses a maximum of 4 animals and is also used to unlock chickens if it is a regular, non-upgraded coop.

Stardew Valley is a simulation video game as you might have already known. This game features growing crops, raising livestock, crafting goods, mining ores, selling produce, and socializing with the townspeople. Therefore, building a coop for housing animals is very important in this game. 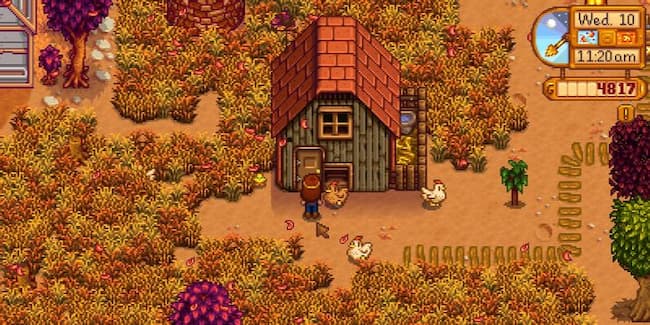 A single coop takes the area of a 3×6 rectangle and has to be built by spending some of your treasures. A coop in this game can be built by contacting the carpenter of the town, Robin. You have to spend some gold, wood, and stone in your game so that you can build a coop in Stardew Valley.

The carpenter will build a coop in Stardew valley in at least 3 days. You can even upgrade your coop to a bigger one or a deluxe one later. Upgrading the coop takes at least 2 days. These coops can be purchased and upgraded from the carpenter, Robin only.

A coop is useful in many ways in the game. Here are some of the main points for using coop in the Stardew Valley game.

There are no specific types of coops available for the Stardew Valley residents. You can build only a regular coop that consists of a capacity for only 4 animals. However, you can upgrade your coop to a Big Coop or Deluxe Coop.

You can upgrade to a Big Coop if you already have a coop. A Big Coop can house 8 animals at once and is used to raise chicken, duck, void chicken, dinosaur, and golden chicken. You have to spend some more amount of gold, wood, and stone to get a Big Coop. 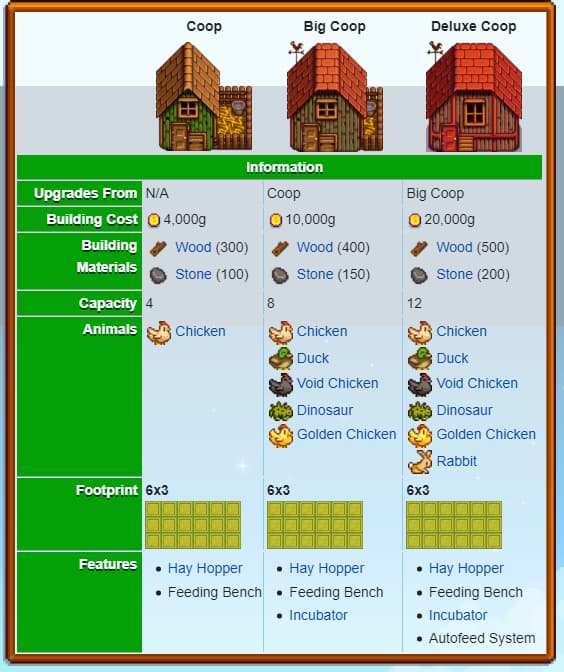 Things Required To Build A Coop In Stardew Valley

If you want to build a coop in Stardew Valley farm simulation game, then you will require some in-game possessions. Here are the items that you have to spend to get a coop in the Stardew Valley game.

How To Build A Coop In Stardew Valley 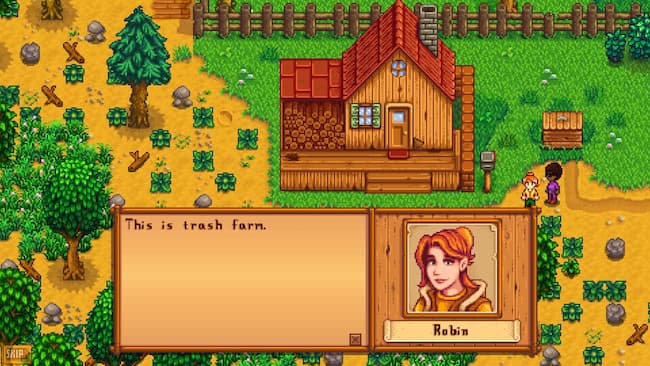 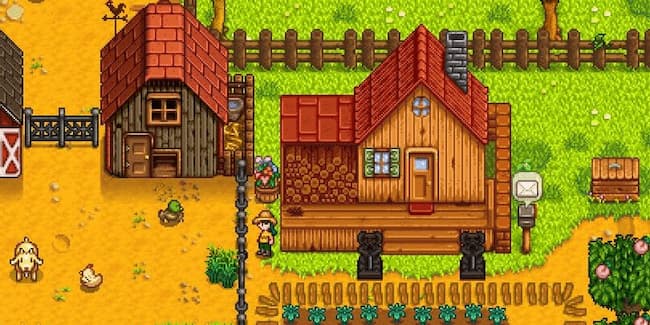 How To Upgrade To Big Coop

A regular coop can only unlock chickens and only has a capacity of 4. If you want to get a place for 8 animals and also want to raise other animals, then you can upgrade to a “Big Coop”. Follow the steps below to build a Big Coop in Stardew Valley.

How To Upgrade To Deluxe Coop

A Deluxe Coop will offer even more features. You can raise 12 animals at once in a Deluxe Coop. Chickens, ducks, golden chickens, void chickens, dinosaurs, and rabbits are allowed to raise in these buildings. If you don’t know the Stardew Valley how to upgrade Coop into a Deluxe Coop, then follow these steps. 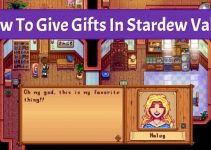 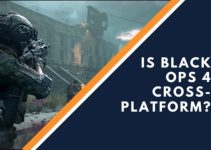 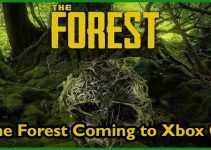